Maybe it’s because it’s Friday and thoughts are turning to the weekend, but today seemed like a good day for a look at something that’s often the subject of debate here in the RealWorld office: which is the best beer in South America? We’ve all got fond memories of a particular bar/beach/bench (ok, that last one’s just me…) and of sipping a particular brand of ice-cold, smooth South American lager as you watch people walk by/the sun set into the Pacific/trucks reversing (me again), but how to choose between them? 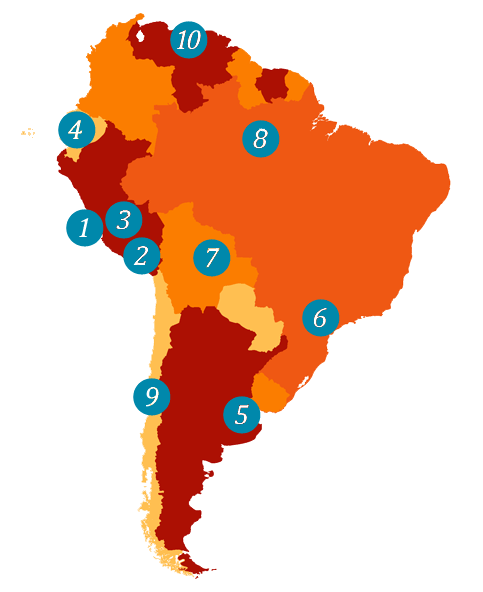 We know there are some great microbreweries popping up all over South America (and particularly in Brazil and Chile) but for this round-up we’ve shied away from the more esoteric brews and stuck to the beers that you’re actually likely to be able to buy, rather than the a beer which is fantastic but which is produced by one man in a shack in El Calafate… So apologies in advance but here is our shortlist for the coveted title of RealWorld’s Best Beer in South America 2013. I stress this is in no particular order:

The two main lagers produced in Lima are Pilsen Callao and Cristal. Pilsen always gives me a massive headache, even though many people swear by it, but Cristal is a different matter. It’s quite full-flavoured compared to a lot of beer in South America, and unlike some others it doesn’t need to be chilled to within an inch of its life (I’m looking at you, Brahma) which makes it a perfect beach beer – just take a couple of the litre bottles down to the ocean, stick them in the waves and you’re set fair for the evening!

Peru still has proper regional beers, and so although this is difficult to get outside Arequipa, it’s hard to get anything else IN Arequipa, so it just about sneaks into our mass-market category. It probably helps that this is one of my favourite beers in South America as well, of course… Produced by the same company as the more popular Cusqueña (see below), it’s a little more hoppy and just more flavourful full stop: no wonder the Arequipeños don’t want it to leave… 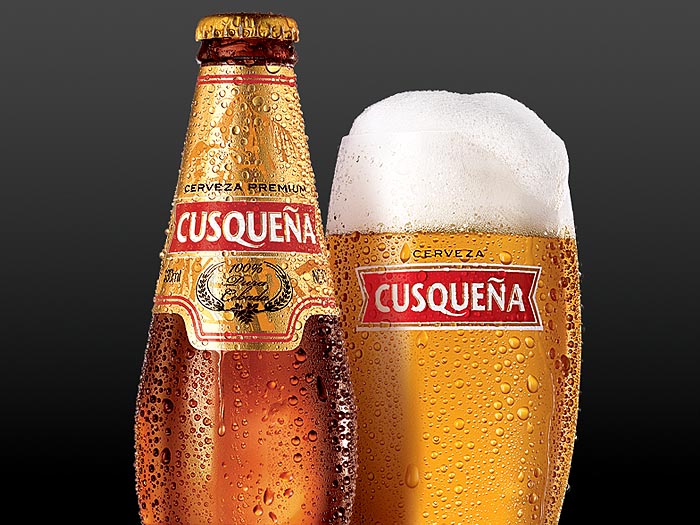 Of all the Peruvian beers (and arguably any South American beer apart from Brahma and maybe Quilmes), Cusqueña is the one which has really broken out in the UK. The cool, Inca-style bottle is probably a plus point but it has an unmistakeable taste as well. Look out for it in bars and also Tesco if you’d like to sample the distinctively Peruvian flavour. Now if I can just get them to import Arequipeña as well…

Although there is a burgeoning craft beer scene in Ecuador, around 90% of Ecuadorean beer is produced by Cerveceria Nacional in the guide of Pilsener (by far Ecuador’s most popular beer) and Club (which I personally think is a step up). I’m not a big fan of Pilsener and although I think Club is ok, it’s certainly not the best beer in South America. Its stablemate Club Roja is really quite a revelation, however: a little darker than your usual lager, and with a solid foamy head and pronounced malty taste, it’s a very reasonable beer indeed but because it’s produced by the big brewery you can find it almost everywhere. My favourite fallback position in Argentina…

Friends tell me that years ago Argentina was well known for the wide variety of beers, not just regionally but even within Buenos Aires. Well, you wouldn’t know it now. Although things are starting to change a bit, and you find quite a number of imported beers, I think it’s fair to say that for most people beer in Argentina = Quilmes. It’s far from a disaster, and Quilmes is perfectly drinkable – I always think of it fondly just because it reminds me of Buenos Aires – but you’re probably better advised to check out the many micro-breweries which have sprung up in the past few years if you’re looking for an Argentinian beer sensation…

Brazilians drink huge quantities of beer and beer is often cheaper to drink than bottled water – if you need an excuse – but they also serve it c.o.l.d. Ideally (as far as Brazilians are concerned) it should have ice crystals just starting to form, and fridges in shops usually have temperature readouts on the front so you can be sure that your beer is appropriately chilled. Perhaps unsurprisingly, Sao Paulo’s leading beer is called Antarctica and it’s available to overheated Brazilians all over the country. I think it’s fair to say that like other leading Brazilian lagers, it’s not going to win any prizes – to be honest when beer is served this cold it can be hard to make out much flavour at all – but it’s a decent session beer and usually preferable to the alternatives… 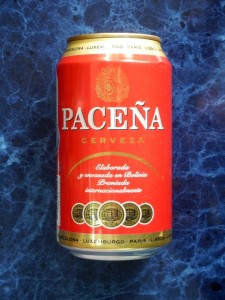 Remember: can, not bottle.

The tip here is to get the red and gold cans rather than the bottles: it’s a slightly different brew and a much better drink. Both Paceñas are Pilsener-type lagers (although many feel they’re not really authentic Pilseners) with a light golden colour and lightly malted taste but the Pico de Oro type (the one in the can) is a bit wheatier than the Pico de Plata bottles.

I know, I know… you thought this had died the death years ago. But in fact Skol is one of not just Brazil but the world’s best-selling beers. I have to say that I think it’s far from being the best beer in South America, let alone the world, but I’ve included it here because I assume that tens of millions of people can’t be wrong? To be fair, it’s a very different product to what you might remember being on sale in the UK a decade or so ago, but if you’ve drunk a warm one, you can see why Brazilians like their beer almost frozen.

Everywhere you go in Chile you’ll find Cristal on sale, unfortunately it’s not the Peruvian Cristal: it’s blander and generic to the point of tasteless. If you were being charitable you’d compare it to a Miller Lite, but it’s really a last resort, despite being Chile’s most popular beer. Luckily, mass immigration from Germany during the 19th and 20th century means Chileans aren’t short of alternative options. Kunstmann, for example is based in the southern city of Valdivia and produces a range of good beers, but even their standard ‘Kunstmann Lager’ is a huge step on from Cristal. 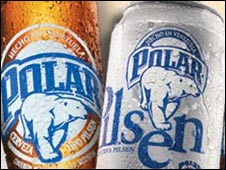 Venezuelans drink more beer per capita than anyone else in South America (a whopping 86 litres a year!) and whereas further south in Peru or Argentina you’ll find larger litre bottles the most popular, up here on the Caribbean they like their beers in little stubbies and ice cold. The market leader by a huge margin is Polar. You’re more likely to be struck by the cute polar bear on the bottle rather than by a knock-out taste but it’s a decent enough lager, with a crisp, refreshing taste. If you fancy something a little different then look out for Polar Malta – it’s a dunkel-type beer which you don’t want to drink all night but has much more flavour.

For me, this comes down to a pretty straight fight between Cusqueña, Arequipeña and Kunstmann… I like Club Roja in Ecuador and the various ‘Malta’ type beers elsewhere but I’m conscious they’re not to everyone’s taste and Kunstmann is possibly a little too wheaty for me, and I know others feel the same. That leaves it to the two Peruvian stablemates to duke it out. Because it’s easily available in the UK, I’ve drunk a lot more Cusqueña than Arequipeña over the past few years and it’s almost swung me but I’m going to have to pick Arequipeña as my best beer in South America 2013. I just have too many happy memories of sitting in Arequipa, sipping a beer and looking up at the snow-capped El Misti volcano. Comments are there to let me know if you feel differently…