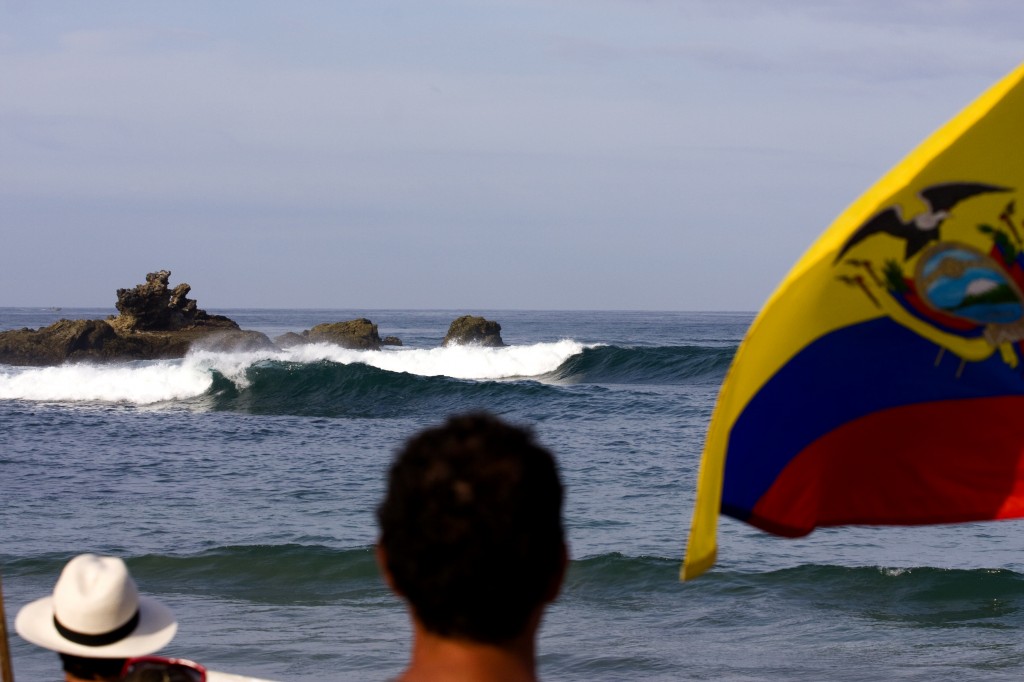 Surf’s up in Salinas

If you’re a keen surfer, then a handful of South American surf spots are probably already on your radar. In Brazil, there’s Florianopolis, which is the only permanent South American stop on the ISA World Tour;  in Peru, the northern beaches around Mancora and Punta Sal regularly win plaudits from experienced surfers, but there’s some great surf further south as well, in places like Chicama (near Trujillo) and on the beaches around Lima.

However, in Ecuador surfing is one of the major draws for overseas visitors, and we’re really pleased to hear that the ISA World Junior Championship will be returning to Salinas next year. Last year we thoroughly enjoyed the 2013 ISA World Masters Championship in Ecuador’s surfing capital, Montañita, so it’s good to know that you’ll be able to take in some world-class surfing on holiday in Ecuador next year as well.

The event will be held in April 2014, from the 5th to the 13th and it seems likely that current champions like Jacob Wilcox of Australia and Mahina Maeda will return to defend their crowns on what ISA President Fernando Aguerre described as “the world-class waves of Salinas”. With over 300 competitors from all over the world, it looks set to be a fantastic event, but it will pay to get hotel rooms booked early as Salinas isn’t the biggest place in Ecuador. Surfing looks set to grow and grow here in South America, so who knows? You could see some real stars of the future…