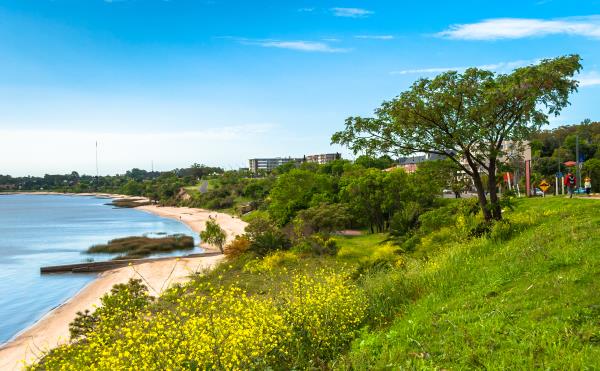 Our travel consultant Joe Morris recently returned from a short but sweet tour of Uruguay, and so we asked him to jot down any thoughts and impreresions from his trip. Here they are!

My eight day tour of Uruguay began after an overnight flight from Madrid. The journey was relatively uneventful minus the two hours of heavy turbulence and the escaped cat in the cabin! Upon arrival in Montevideo’s Carrasco Airport, I was met with the usual hustle and bustle of any South American airport – something familiar to anyone who’s been on holiday to Peru or Brazil. After meeting my guide Daniel from the Ministry of Tourism I was shepherded into the van and we were on our way. The transfer to my hotel went by in a flash as Daniel and I spoke about our mutual love of football and his admiration of Luis Suarez. Unsurprisingly, after all the talk of Luis I’d worked up quite the appetite and I was ready to sink my teeth in to a good Uruguayan steak!

When we arrived at the Montevideo Sofitel, I was greeted with a “Bonjour” rather than a “Buenos Dias” and my bags were whisked off to my room. After forty minutes to freshen up and enjoy the view of the beach from my balcony I was back down in the lobby where Daniel and our driver Ariel were waiting patiently to take me for lunch. We ate at Paprillia Gourmet, a restaurant that works in tandem with the Uruguayan Tourist board to promote Uruguayan food around the world. Our starter gave me my first taste of first taste of Uruguayan meat, which consisted of a medley of sweet and savoury blood sausages, deep fried beef cheek and tenderloin rolled around olives. All of which was cooked over a traditional charcoal fire pit and tasted amazingly good! Throughout the meal the wine flowed freely and baskets of freshly baked bread were delivered regularly. I washed down our starter with a delicious steak, cooked perfectly and brought to the table hot! 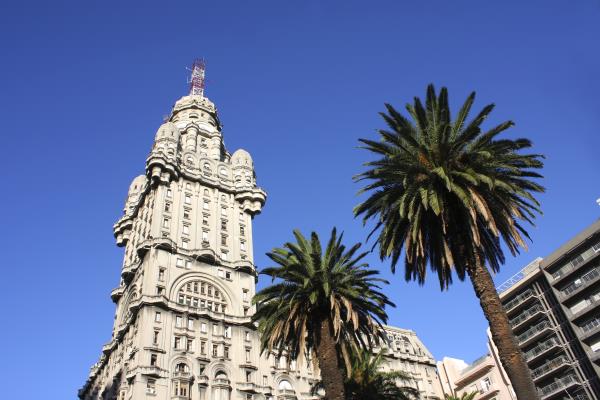 After a few minutes to allow our meat feast to settle we hit the road again and began our short tour of Montevideo. The city is the nation’s capital and home to almost half of the country’s population. We started our tour in the downtown area which is filled with Neo-Classical architecture, fighting for space with worn-out high-rises. We started our tour at the Plaza Independencia which is sandwiched in between the beautiful buildings of the republican era. The Plaza is the most important public space in the city as it houses the Artigas Mausoleum, a huge monument to the Uruguayan hero Jose Artigas. It was erected in the 1930s and Artigas’ remains are kept in an underground room beneath the statue and guarded by traditional guards called ‘Blandegues de Artigas’. The plaza is situated at the entrance to the historic walled part of the city, which is home to many of the city’s oldest buildings. After a stroll through the streets and some time taking obligatory tourist photos we headed to the Market for some dinner. What was on the menu you wonder? More meat!

After spending the next day relaxing and exploring some more of the city it was time to continue our tour of Uruguay as we hit the road and made our way east along the coast to La Paloma, in the department of Rocha. La Paloma is a sleepy coastal town 80km away from the Brazilian border. The cost line is rugged and windswept with strange rock formations jutting out of the sea along much of the beach.  La Paloma was once a bustling holiday resort for the people of Uruguay and Argentina but over the last ten or so years the numbers have been slowly in decline. These days La Paloma is still a popular destination for surfers and backpackers due to the huge waves and budget hostels.  After an afternoon strolling along the beach I headed back to my rustic but lovely cabin at hotel las Anacondas for a good night’s rest before moving on in the morning.

After an early rise and a good breakfast I made my way to our van and headed along the highway to Cabo Polonio. Cabo Polonio is a costal caserío (hamlet) only accessible by walking, horseback or 4×4 due to the moving sand dunes. The journey in is 12km long and along the way you get some amazing views of the dunes, the coast and the local wildlife. Once we arrived in the town itself, I was slightly taken aback, it looked like the camp site of a music festival but the people had forgotten to leave. It’s safe to say it’s a bit of a hippie paradise, with rainbow flags and peace symbols on everything from huts to horses. Mildly confused, we made our way through the hamlet over to the lighthouse that towers over the sky-line. Behind the lighthouse on the rocks is a huge colony of sea-lions. Surprised but excited, I sat on top of a huge rock, took some pictures and soaked it all in. After a while it was time to leave so we hit the road and headed to our hotel. I’m not sure that Cabo Polonio fits into most people’s idea of a tour of Uruguay, but it was definitely one of the most interesting places we visited in my time here. 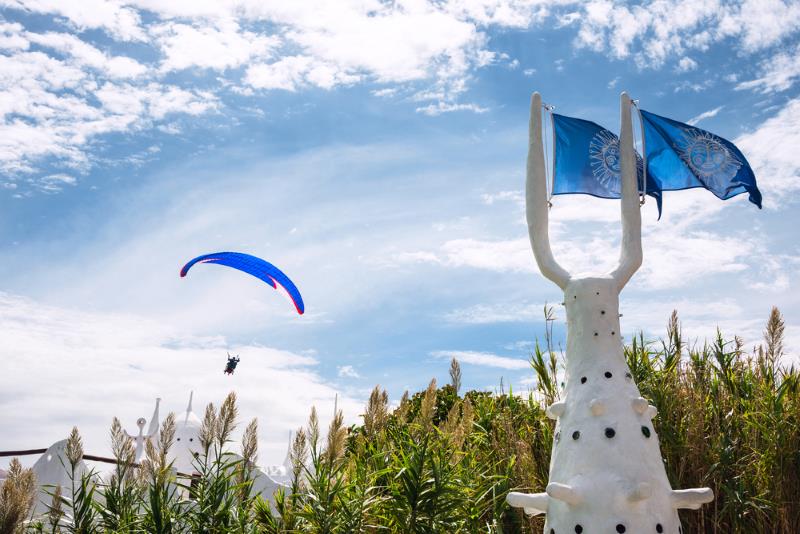 The next morning we made our way down the coast to Punta del Este, a hip and bohemian costal city that’s a highlight for many visitors to Uruguay.  This was a world away from La Paloma; it was modern, with high rise hotels and postmodern sculptures lining the seafront. The city is a hugely popular beach destination for Uruguayans and Argentinians, who flock there in vast numbers during the summer. They don’t only come for the beaches, however: the city is also a paradise for art lovers, with galleries and exhibits scattered throughout the city. The most famous being the huge Mano de Punta del Este (Hand of Punta del Este). People come from far and wide to take their picture next to the sculpture and I’m not ashamed to say I was one of them!

The final day of my tour of Uruguay was spent on the most westerly part of its coast, in the colonial city of Colonia del Sacramento. Founded by the Portuguese in 1680, Colonia is one of Uruguay’s oldest towns and arguably one of the few places in Uruguay which compares to some of the other famous colonial towns in South America. It has a renowned historic quarter, which was made a UNESCO World Heritage Site in 1995, and it really is absolutely beautiful. Along with its amazingly well preserved buildings and streets; Colonia happens to be situated a mere 50 minutes by boat away from Buenos Aires making it a great place for a day trip if you’re already on holiday in Argentina. With great boutique hotels in the historic quarter, it’s a great place to spend a night or two.  After exploring the town, and enjoying my final steak, it was time to say goodbye. Uruguay definitely surpassed my expectations and I genuinely can’t wait to revisit it.