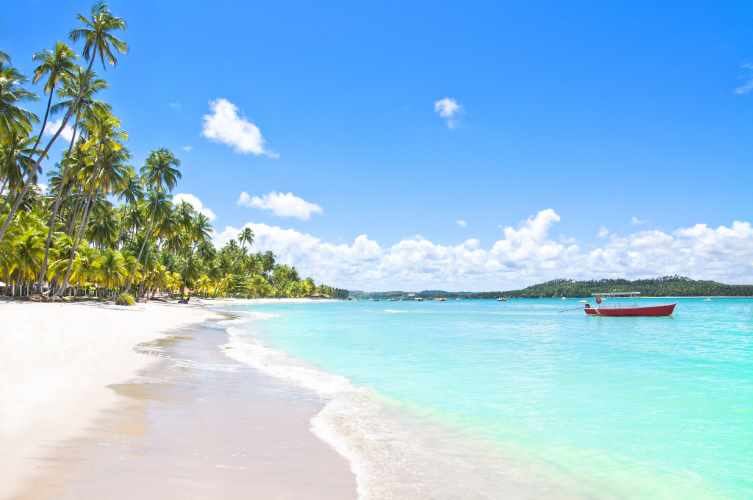 For those wishing to visit the Northeast of Brazil, there’s probably no better base than the charming little city of Olinda, with its cobbled streets and colourful houses. Located less than half an hour North of Recife, in the state of Pernambuco, this UNESCO World Heritage Site is one of the best preserved colonial settlements in Brazil. Founded in 1535 by the Portuguese, who reportedly cried “Ó, linda!” or “Oh, beautiful!” at the sight of the stunning hillside location on the coast of the Atlantic Ocean. It was burnt to the ground in the early 1600’s by Dutch invaders, so most of what can be seen today only dates back to the 18th century, although there are a few examples of the original Portuguese architecture. It boasts more than 20 churches, plenty of quaint restaurants, and a number of arty shops to explore, so we recommend spending at least a couple of days here to give you enough time to soak everything in. A good place to start your sightseeing is the Igreja da Sé (do Salvador do Mundo) cathedral, which is just a short walk up the hill and offers lovely views over the rooftops of Olinda to the ocean and Recife. There is a small market nearby selling souvenirs and local crafts, as well as a whole host of artist’s galleries and antique shops where you’re sure to find some unique gifts. The state is known for its arts and crafts, and in nearby Recife you’ll find the Artesanato de Pernambuco gallery and shop, displaying beautiful handmade items from the surrounding areas. There is also the Oficina de Francisco Brennand, which is the family home of one of the country’s most famous sculptors, and is well worth the 40 minute drive.

Olinda hosts an annual carnival which, although smaller in size than the more well-known parades of Rio de Janeiro and Salvador, has all the spirit and excitement that you’d expect from a Brazilian festival! Giant puppets depicting famous and historical people are a major feature of carnival here, and are worn on the shoulders of young men as they parade through the city. These puppets can be seen in many of the shops and hotels in the old town, and also in the Embaixada dos Bonecos Gigantes museum in Recife. 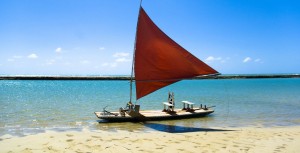 ust over an hour south of Olinda is without a doubt one of the best beaches in Brazil, Porto de Galinhas, which translates as Chicken Port! It was originally called Porto Rico, until the late 1800s when it became a major hub for the transportation of slaves to the sugar cane plantations. In an attempt to avoid suspicion the slaves were transported in containers with fowl, and a password was created to let traffickers know they had arrived: “There are new chickens in the port”. Nowadays it is famous for its year round hot climate, beautiful sandy beaches and warm sea, which creates a natural reef where the water is calm and you can snorkel with the tropical fish.

Our top pick is the quiet paradise of Hotel 7 Colinas, set in beautifully tropical grounds with plenty of native bird species to be spotted, and offering a large pool area with alfresco dining. It’s just a short walk to the historic old centre, and yet it feels like a peaceful oasis; the perfect place to unwind!

Alternatively, the traditional Pousada dos Quatro Cantos is located on the main street at the heart of the action, especially during the annual carnival! With a central courtyard and small pool area, this little guesthouse has everything you need for a short stay in Olinda.

From international cuisine to local sea food, there is a huge choice available for such a small city. For an afternoon snack you can’t go wrong with the Creperia, which serves sweet and savoury crepes along with fresh salads and wood fired pizzas. If you fancy some more traditional Brazilian cuisine we recommend the upmarket restaurant of Beijupira, situated on top of the hill in a romantic, candlelit setting. Although the prices are quite steep the food is delicious and the locals love it here! For something a little cheaper there is a great Italian called Trattoria Don Francesco on the main street, where the pasta is homemade and the ingredients are picked fresh from the garden. The joy of the Northeast is that it benefits from year round sunshine and a constant temperature of around 30 degrees Celsius, maybe dropping to the high 20’s during July and August. However there is always a cool breeze coming off the Atlantic which keeps the temperatures bearable. May and June are considered the rainy season, although this tends to just mean the occasional shower, so definitely don’t rule these months out as prices are cheaper and there are generally less tourists.