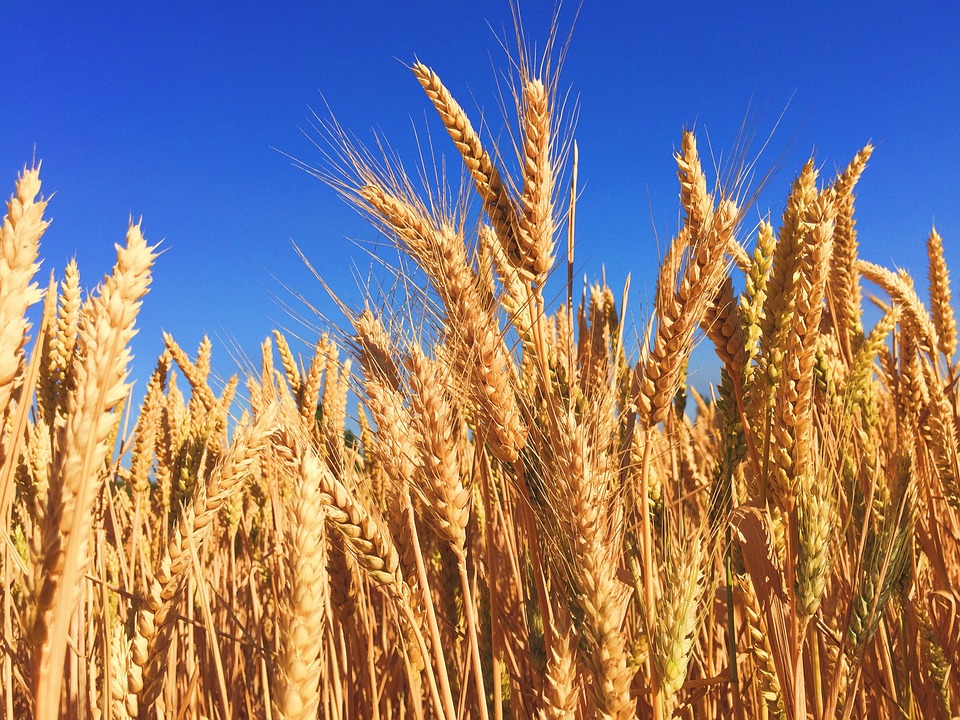 Visiting a new country as a coeliac or gluten-intolerant traveller can be extremely stressful and frustrating, which is why forward planning and plenty of research are so important when considering your trip. Although coeliac disease is unheard of in some countries, eating gluten-free in South America is very manageable if you’re organised (and let’s face it, coeliacs are masters of organisation!). So we take a look at the naturally gluten-free foods, top restaurants, and tips to help you get by when visiting South America!

The South American diet, in general, contains less gluten than the typical western diet, because grains like wheat and barley are not native to the continent. White rice and potatoes are the staple carbohydrates for most countries, so there are usually a number of options on the menu to choose from.

The main difficulty is that coeliac/celiac disease is quite unheard of in South America compared to here in the UK, so you need to make sure you clearly explain what you can and can’t eat. If the language barrier proves to be a problem you can always stick to simple dishes like grilled meat or fish and salad. The fresh produce is delicious, so you won’t be missing out by eating these simpler dishes.

South American food is a mix of cuisines from around the world. This feijoada is a typical Brazilian-African dish, and is naturally gluten-free!

As one of the most popular countries in South America for tourists, English is widely spoken in Brazil, especially in Rio, so although many restaurants will be unfamiliar with the term ‘gluten-free’, you should be able to explain it to them easily enough. Brazilians are notoriously extremely friendly and helpful, and will go out of their way to ensure you get something nice to eat.

Moreover, it is the law in Brazil that all packaged foods be labelled either “contén glúten” or “não contén gluten”, so finding gluten-free foods in supermarkets is actually fairly easy. These phrases can also be used when ordering in a restaurant, alongside your Portuguese gluten-free restaurant card! A bright and colourful moqueca!

Brazil Coeliac Foundation – All the usual information, including stores that sell gluten-free ingredients

Tip for eating gluten-free in Brazil

‘Por kilo’ restaurants are buffets which charge you depending on the weight of your plate. They offer countless salads and fresh, gluten-free ingredients, however be mindful of cross-contamination with any buffet (celiacs might want to avoid them altogether).

Being coeliac in Peru is much harder than Brazil, as the concept of ‘gluten-free’ is not widely understood and there are no laws which require foods to be labelled as gluten-free. The good news, however, is that Lima especially has some of the best restaurants in the world, with extremely talented chefs serving fresh, local ingredients. This means the chefs will know exactly what is used in each dish, and will be able to identify gluten-containing ingredients like trigo (wheat), cebada (barley), and centeno (rye). So make sure you’ve always got your Spanish gluten-free restaurant card with you! There are plenty of simple, fresh dishes to choose from in Peru, ceviche being one of the most popular.

The biggest problem you’ll encounter in Lima is the use of soy sauce in chifa dishes, which is a fusion of Peruvian and Asian cooking. Unfortunately, this cuisine is part of what makes Lima the gastronomic capital of South America, but realistically it’s best avoided unless you’re confident the waiter/waitress truly understands your dietary requirements. Note that even Peru’s famous rotisserie chicken often contains soy sauce.

Wheat flour often makes its way into Peruvian cooking as well, whether that’s because something has been deep fried in a batter, coated in flour before being barbecued, or a sauce has been thickened with flour. So don’t assume something’s necessarily gluten free, as mis-translated menus can also be misleading. 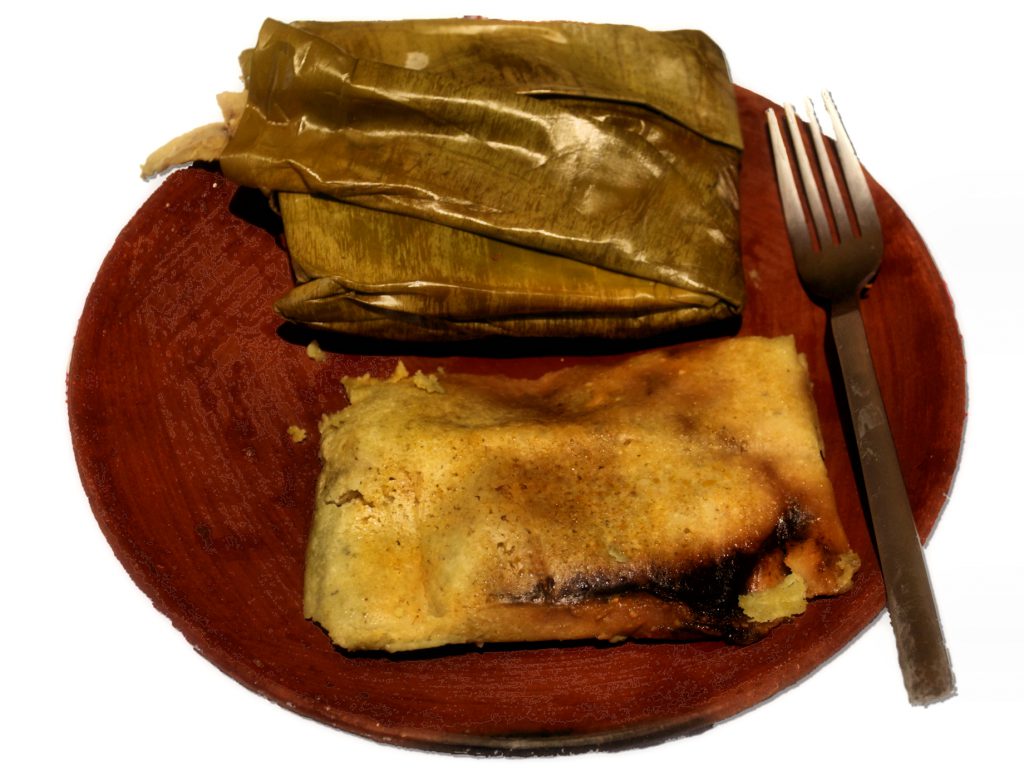 Tamales is a great go-to option for coeliacs as it’s naturally gluten-free and can be made with a variety of different fillings.

Peru Coeliac Association – In Spanish, but has adverts for gluten-free cafes in Peru

Tip for eating gluten-free in Peru

Most people do the main tourist attractions in Peru with a tour operator, so make sure you let them know your dietary requirements in advance. As meals are often included in the tour price it is up to them to find you something suitable to eat and they’ll be more than happy to do so.

Argentina, like Brazil, has strict labelling laws which mean you can spot gluten-free packaged foods (which will be labelled ‘sin TACC’), and Buenos Aires especially caters very well for coeliacs. You can buy all of your typical prescription food at dieticacas or farmacias in the city, and there are even a few gluten-free restaurants, not to mention a bakery! (Buenos Aires is probably our favourite city to eat gluten-free in South America!)

The difficulty comes when you are eating out, as coeliac disease is uncommon in Argentina, so you’ll have to explain exactly what to can and can’t eat. The more upmarket restaurants will have more of an idea about the gluten-free diet, and as many traditional dishes are gluten-free naturally there should always be something suitable on the menu. 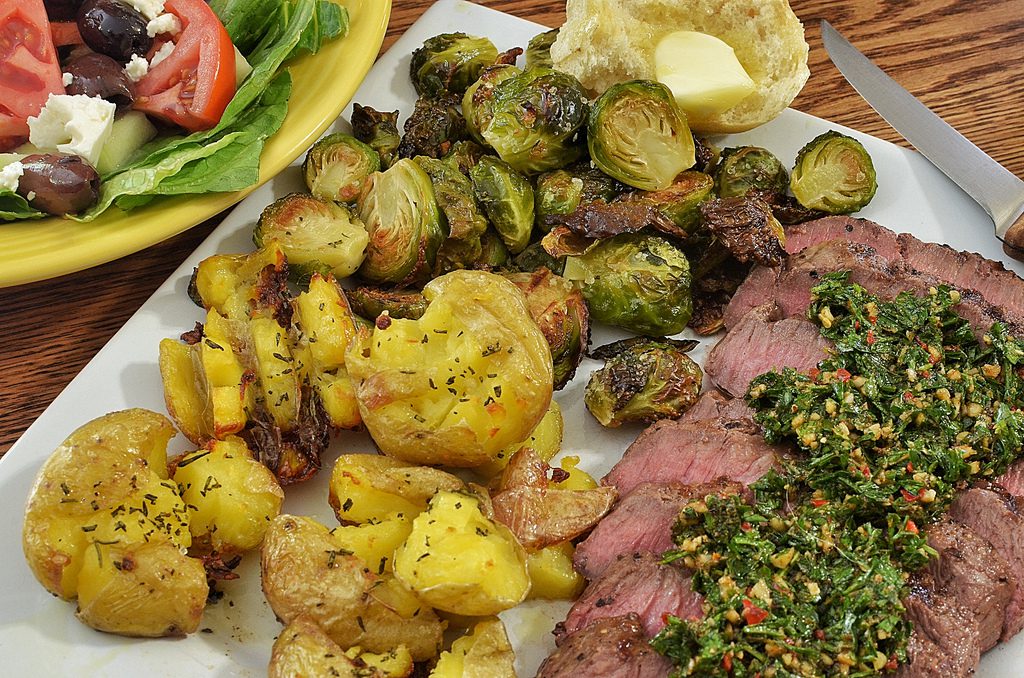 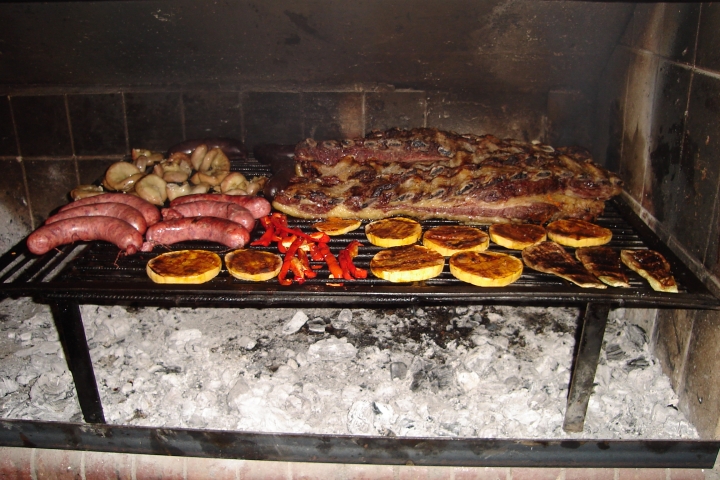 Asado with provoleta cheese and a selection of meat

CeliGourmet – A chain of gluten-free bakeries in Buenos Aires!

Sintaxis – A gluten-free restaurant with absolutely loads to choose from in Buenos Aires!

La Querencia – A great restaurant for traditional Argentinean food, with gluten-free meals labelled on the menu

Tip for eating gluten-free in Argentina

The San Telmo Luxury Suites are a great accommodation option, and they do a gluten-free breakfast!

Chile is a slightly trickier one, as bread is a staple food, served with every meal, and coeliac disease is not a well-known condition at all. The larger supermarkets do stock gluten-free food (which is mostly imported from Argentina), however most packaged snacks are not gluten free, including crisps, chocolate and yoghurts. Caldillo de Congrio is a good choice for the more adventurous foodies!

Bar Italia – This lovely restaurant in Santiago is 100% gluten-free, and serves delicious pastas and lasagnes.

El Living – This English-run restaurant in Puerto Natales is vegetarian and does many gluten-free options.

Tip for eating gluten-free in Chile

Chile are notorious for their tough airport customs, and the list of restricted food is long, so make sure you check what is and isn’t allowed before you travel.

Of all the countries to eat gluten-free in South America, Bolivia is probably the biggest struggle, especially for coeliacs. Very few people speak English, and only a handful speak it well enough to understand ‘gluten-free’. Bolivian cooking naturally contains a lot of wheat flour, and similarly to Chile, supermarket snacks mostly contain gluten. Quinoa is a common bolivian grain, locally grown and harvested, that is naturally gluten-free

Tip for eating gluten-free in Bolivia

Traditional Bolivian restaurants will serve you better than international, specifically Italian, restaurants, as your food is much less likely to be cross-contaminated.

The typical Ecuadorian diet doesn’t rely heavily on wheat-based foods, as yuca, plantain and rice are the main carbohydrates consumed. However gluten does still find its way into many restaurant dishes, and bread is served with nearly every meal.

Traditional, local-looking restaurants will have many more gluten-free options on the menu than the tourist traps, which cater for the western palate (pasta and pizza, basically!). So if you stick to authentic dishes and use your Spanish gluten-free restaurant card you should be safe. Tip for eating gluten-free in Ecuador

One food to be particularly wary of is barbecued or grilled meats, which are often marinated before cooking, sometimes in beer.

The internet has a huge range of blogs and sites dedicated to gluten-free travel which are a great starting point, but don’t be afraid to ask your travel agent, tour operator, or local tour-guide for advice as well, because they are the experts and will have up-to-date restaurant information.

Why not take a look at our guide to being a Vegetarian in South America?

3 thoughts on “How to Eat Gluten-Free in South America”