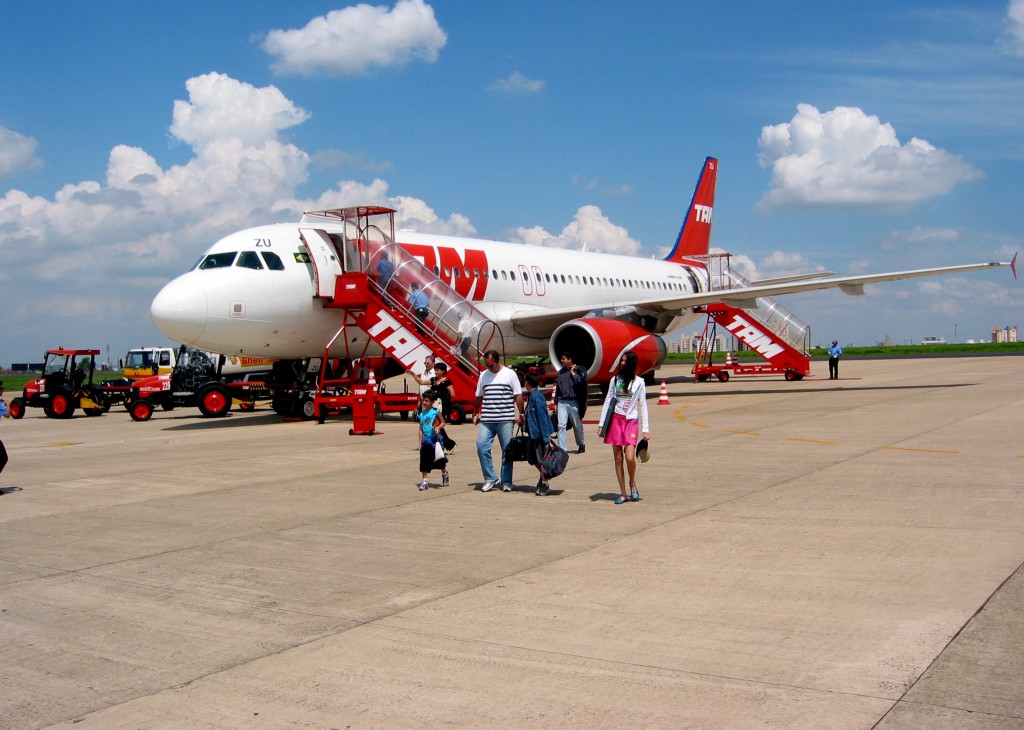 Last week, British Airways announced they would be launching a direct flight between London Gatwick and Lima in Peru, starting May 2016. We couldn’t be happier to hear the news! In fact, it’s inspired up to put together a list of the best flight routes to South America…

It’s a long way from Europe to South America whichever way you look at it, but the journey doesn’t have to be as gruelling as you might think. There are a number of direct routes, plenty of airlines to choose from, daily flights to most capital cities, and, most importantly, some very competitive prices! 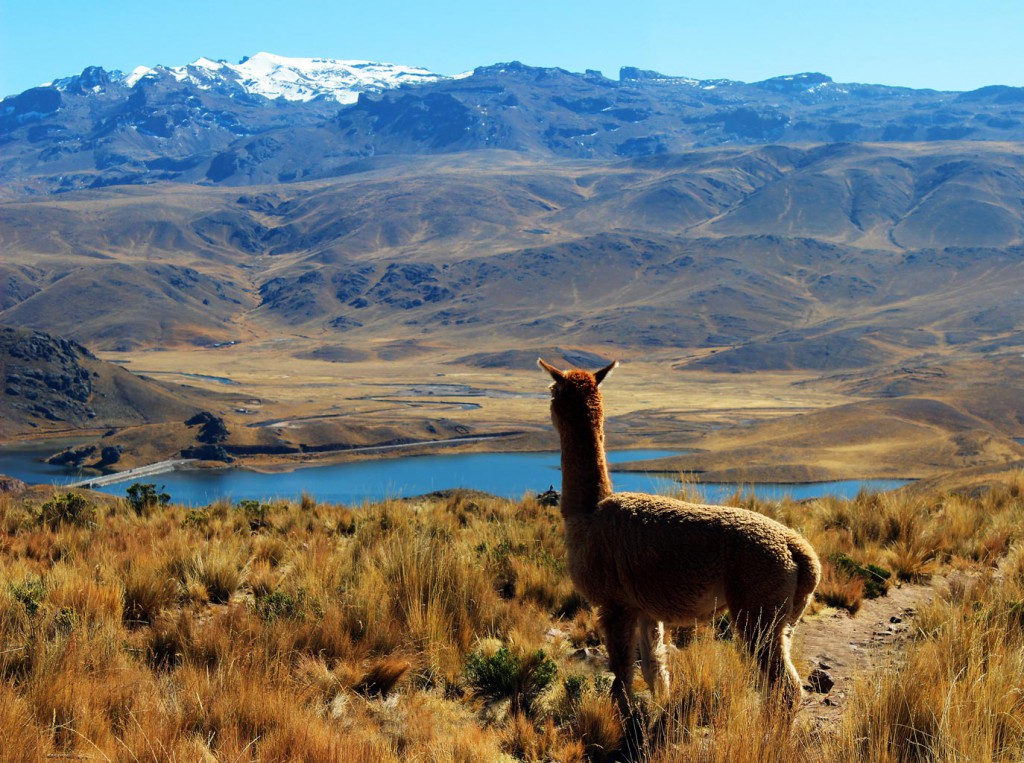 Fly to the land of llamas…

British Airways  fly direct from Gatwick to Lima on Wednesdays, Fridays and Sundays from spring to autumn. This is great news for anyone wishing to visit the land of the Incas, as Peru is a popular destination in South America, and these quicker, easier flights will surely be more appealing!

The flight times are good; a day time flight outbound and an overnight flight inbound, and it takes just over 12 hours. We’re seeing plenty of return flights for around £660 which is really good value, and during the school holidays you can still get a return for less than £1000 which is very reasonable too.

If your dates don’t fit in with the direct route, British Airways have plenty of indirect flights with a short connection, which are still good value. Alternatively, Avianca and Air Europa have some good deals for around £800 from other London airports. So there are plenty of flight routes to South America and Peru if you are flexible with airports and dates. 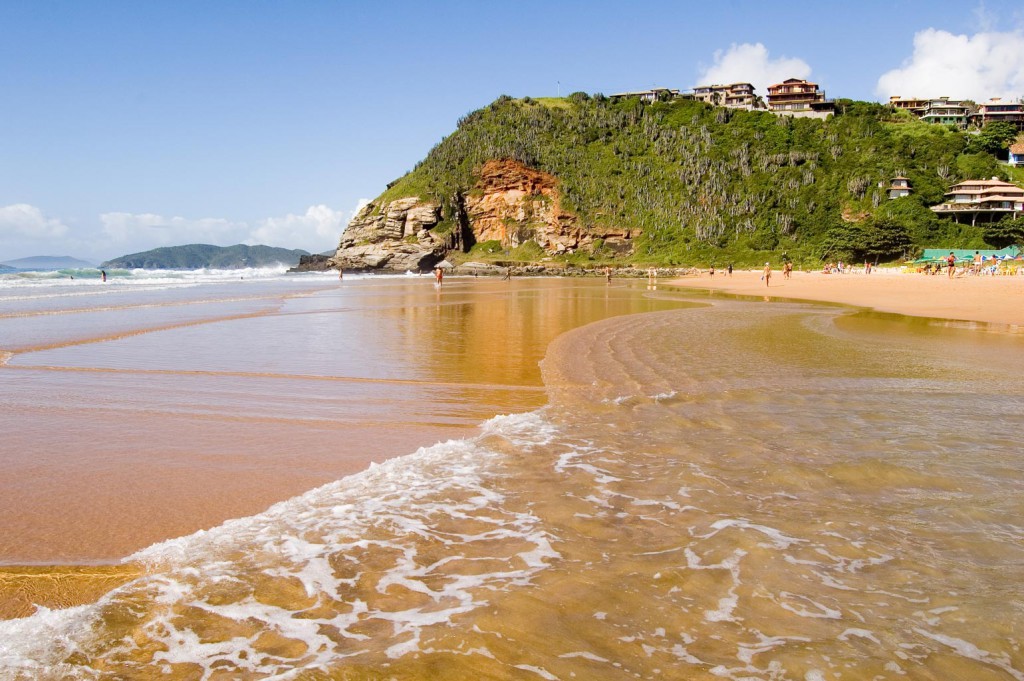 Or head to Brazil for a beach-break

Brazil has some of the best connecting flight routes to South America, and British Airways run direct flights daily between London Heathrow and Rio: A day-time flight outbound and an overnight flight inbound. The flight is around 11 hours, and you can find fares for less than £700. Norwegian also fly direct from Gatwick three times a week.

We also like the indirect TAP flights via Portugal, as they offer a lot more flexibility. You can fly into Rio and out of a Northern airport, such as Salvador, Fortaleza or Recife. Prices are around £700 for indirect returns, but there are cheaper deals to be had as well.

And if London isn’t the most convenient airport for you there are some good indirect flights to Rio with KLM via Amsterdam or Air France via Paris. The flight times are good, with short connections, and prices of around £700.

But if you’re a real bargain hunter and you’re flexible on dates and airports, then you can get a return flight to Rio for less than £500! Most of these flights involve mixing and matching airlines on your outbound and inbound trip, and some of them have longer connections. 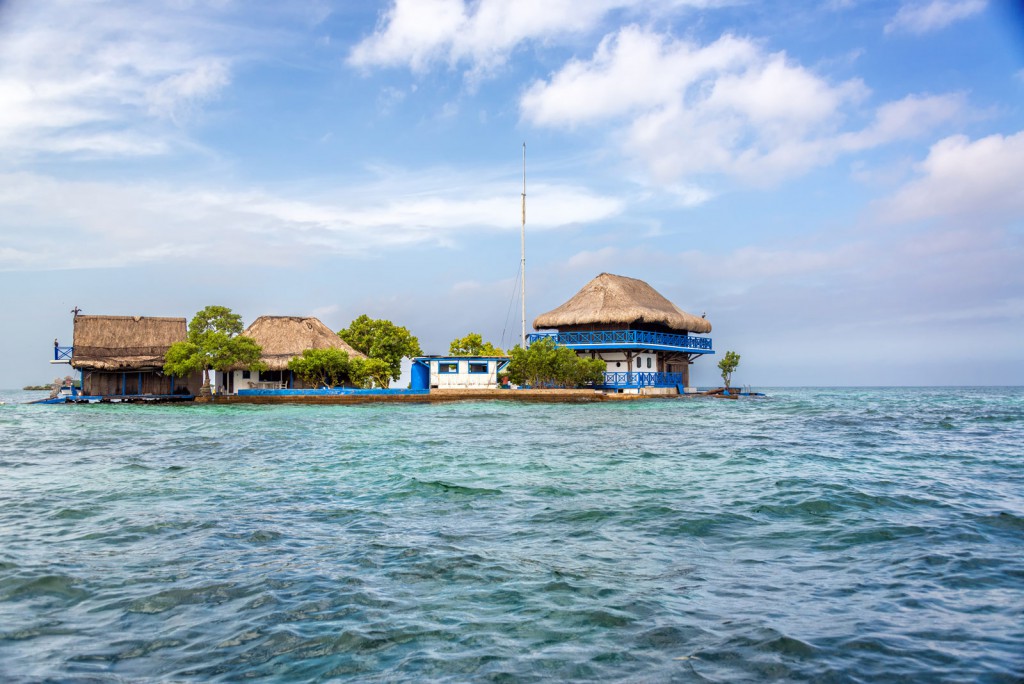 Colombia is closer to the UK than other South American destinations

Avianca run direct flights daily between London Heathrow and Bogota, which take just over 11 hours. They vary in price depending on the season, starting at just below £500, but £700 is more realistic.

Indirect flight with KLM and Air France mean you can fly from other UK airports. These come in at around £700-800, but the flight times are still good, with changes in either Amsterdam or Paris.

Colombia is one of the rare gems where you can still pick up cheap deals; as low as £400 for a return flight! These often involve flying out of one London airport and in to another, but if that’s not a problem for you then you can grab yourself a real bargain! 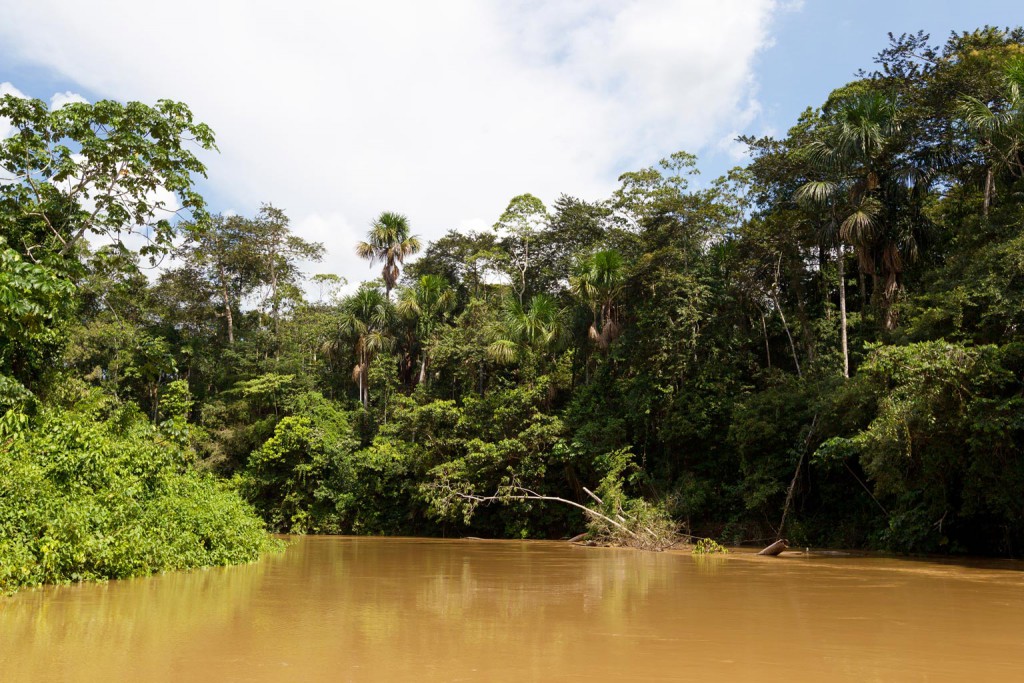 The Ecuadorian Amazon is easily reached by plane

Unfortunately there are no direct flights between the UK and Quito, but KLM are our top choice for flight times and short connections. Flying to Ecuador is an expensive affair anyway, and KLM are more expensive than other airlines, with return fares costing around £800.

Although we prefer the convenience of a European connection, lots of these flights go via Bogota in Colombia, which often means a longer stopover. But if this doesn’t bother you, and you are also happy flying in and out of a different airport in the UK, there are some cheap fares to be had. At certain times of the year you can get a return flight to Quito for just over £600 with Avianca or Iberia. 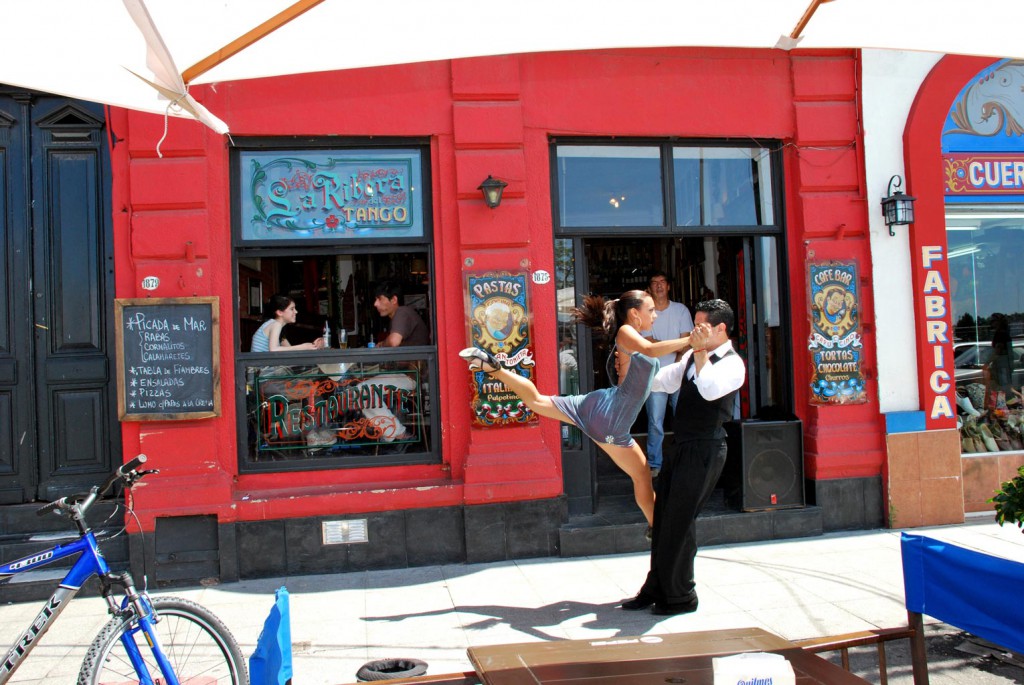 Dance your way to Argentina!

British Airways fly direct daily from Heathrow to Buenos Aires. The flights takes 13-14 hours and cost around £700-800 return, which is fairly good value given the distance, although Norwegian from Gatwick are usually slgihtly cheaper. The trip is made more bearable given the fact that both flights are overnight, making it one of the best flight routes to South America!

The journey is worth it for views like this!

Chile is the furthest away from Europe, and thus the longest flight! Since 2018, BA have flown 4 times a week direct from Heathrow, which is by far the quickest journey, although price go north of £900 for most dates in season. However, there are bargains out there if you are flexible with dates and don’t mind a longer connection. We found returns between London and Santiago for less than £600, often combining airlines or flying in and out of different UK airports. Airlines to look at include British Airways, Iberia and Air France.

We like the LAN route via Madrid, as the flight times are good with overnights in both directions, and the connections in Spain are short. The downside is this route tends to be quite expensive, but until British Airways brings out a direct flight (hurry up!) it is one of the better routes.

We don’t usually recommend flying via the USA, although you can do with American Airlines, as you’ll need to leave longer for your connection due to airport security procedures, and all travellers must have a valid US visa or ESTA visa waiver. Remember that the visa will add slightly more to the cost of the trip and can be a hassle to sort out, making that bargain flight option look significantly less attraction. 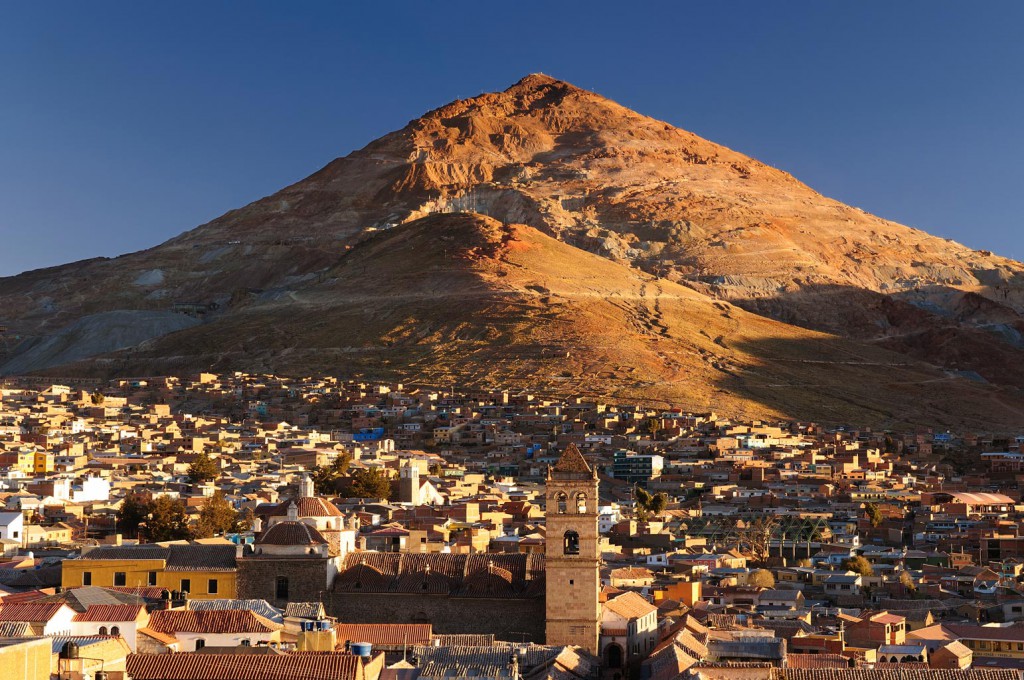 Flying to Bolivia is a nightmare for aeroplanes due to the high altitude, and for this reason there aren’t many flights into La Paz, and the fares are normally quite expensive. American Airlines have plenty of options via American airports such as JFK New York and Miami, but just be aware that you’ll need a valid US visa or ESTA visa waiver even if you just have a short connection time.

We prefer to fly to Bolivia with Avianca, changing in Madrid and another South American airport. Many international flights land in Santa Cruz, as the altitude is a lot lower. Fares from Europe to La Paz are some of the highest in South America, but for around £700 you can usually get an indirect flight with 2 or more changes.

This kind of trip doesn’t suit most travellers, so if you’re not flexible on dates and want the quickest flight possible be prepared to fork out upwards of £1000 for your return fare!

Which is the best airline to fly to South America with? 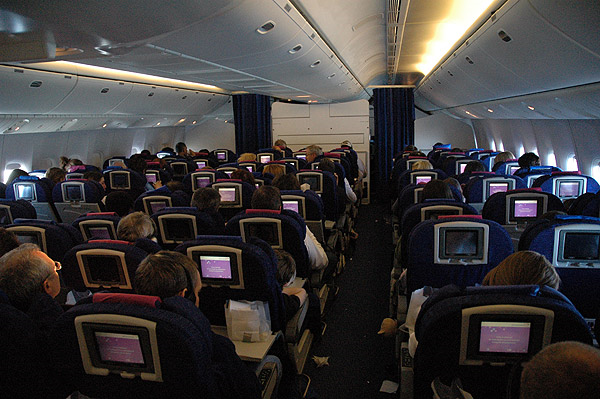 Seat-back entertainment is all you need for a good long-haul flight!

We often get asked which airline is the best, and to be honest most of them are fairly similar. Nearly all long haul airlines offer the same amount of leg room (not much!) and inflight meals (albeit the same-old tasteless plane food!), as well as seatback entertainment.

If you are part of a frequent flyers programme then it makes sense to collect air miles on longer flights like South America, however it’s still worth considering other airlines as they might turn out to be significantly cheaper.

Even on non-English speaking routes we’ve found good service. Maybe we’re old fashioned but we believe a smile gets you everywhere, so be nice to the cabin crew and they’ll be nice to you! On long haul flights the staff tend to be more attentive anyway, bringing the drinks trolley round every hour or so (great news!), and giving out blankets and eye masks. So don’t be put off flying with TAP Portugal or the South American airline LATAM.

What about flights within South America? South America is a big old place, so chances are you’ll be flying domestically at some point

In most cases you won’t have too much choice of airlines within South America. LATAM, Star, Avianca, Gol and Azul are popular low cost options. They all offer competitive prices on popular routes, and are similar to the European budget airlines like Ryanair, Jet2 and EasyJet.

We often get asked about the safety of airlines in South America, and in our experience the planes are modern, the staff are friendly, and everything is comparable to their European equivalents. Even flying to the Bolivian Salt Flats or the Amazon Rainforest in one of the smaller carriers shouldn’t be any less safe, so just relax and enjoy your holiday!

One thought on “Best Flight Routes to South America”