If you’re a football fan then holidays in South America offer some tantalising chances to tick some of those fantasy football boxes. With this season’s Super Clasico in Argentina between Boca Juniors and River Plate coming up in May, we thought we’d take a quick look at this and some of the other great South American football derbies.

Without a doubt, this is not just one of the great South American football derbies, but one of the great rivalries in world football. Although it’s often portrayed as a rich man (River) vs poor man (Boca) game, the reality of today’s football in Argentina is much more complicated than that, and it’s hard to pick out an underlying factor which makes the rivalry between the two sides so fierce. However, these are by far the two biggest clubs in Argentina, and the whole of Buenos Aires comes to a stop while the game is on. For those lucky enough to have tickets, the incredibly passionate but definitely edgy atmosphere has to be experienced to be believed. The next meeting between the two sides is on 3rd May at Boca’s ‘Bombonera’ stadium, and as usual we’ll be organising escorted trips to the game so you can see it all for yourself. 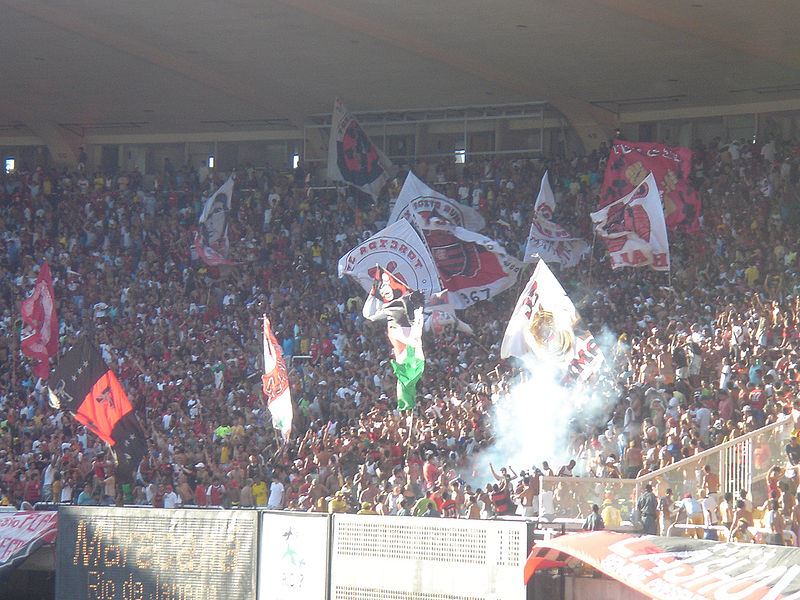 Flamengo fans at the Fla-Flu derby.

If the historical origins of the Boca-River clash are murky, there’s a pretty clear reason for the rivalry between the two great Rio clubs (apologies Botafogo and Vasco fans) which is that Flamengo was founded in 1912 by disgruntled players from Fluminense. Ever since then, this historic and bitter rivalry has been one of the major events in Brazil’s football calendar. As well as being the two most successful clubs in Brazil, they are also the best supported, and this is traditionally the best –attended of all South American football derbies. In fact, the 1963 Fla-Flu derby (as it’s known in Brazil) had the highest attendance of any club match ever with a whopping 194,603 spectators watching a 0-0 draw… The next match is scheduled for 5th April at the all-new Maracana, and again we’ll be organised escorted tours so this should fit in easily to any of our holidays in Brazil.

We’ll avoid the more obvious Suarez jokes, but Uruguay certainly always seems to punch above its weight in football terms. Just like across the River Plate in Argentina, the game has a long and proud history here, and the Montevideo derby between Peñarol and Nacional is one of the oldest South American football derbies, first taking place back in 1900. This is a classic South American football experience: huge flags waving, flares going off, non-stop singing, and all the rest. Not to imply for a moment that it’s not vitally important to both sets of fans, but it always seems to lack some of the poison that can creep into Boca-River matches in Argentina, which isn’t always a bad thing. You’ve missed this season’s Clasico de Montevideo (Nacional won 3-0 back in February) but there’s always next season…

Colombian football isn’t widely followed outside of South America, but it’s a competitive and high-level league with several strong teams. Of all the fixtures, however, Atletico Nacional against Millonarios always stands out. Millonarios are from the capital Bogota, while Nacional are from the second city, Medellin, and depending on who you ask either one or the other is most successful team in Colombian football history. Tip: don’t try starting this discussion with locals on our holidays in Colombia unless you’re a huge fan of nit-picking and pedantry… The next game is scheduled for 2nd May in Millonarios’ Estadio El Campin, so if you’re planning a holiday in Colombia this May, just let us know… 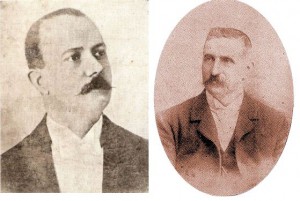 We’re back in Argentina for the last of our South American football derbies, and again this is a fixture redolent with history. Rosario is Argentina’s second city and was the birthplace of one Lionel Messi… It’s always been a working city with a lot of pride: think of Turin or Manchester moved to the tropics and you’re not far wrong – and as with many cities in South America, the early British influence on football here was key. Rosario Central was the main railway station in the city, and the team were founded back in 1889 by British railway workers. Meanwhile Newell’s were founded in 1903 by alumni of the leading British school in the city. As you might expect from this history, Central have always had a left-wing ethos, while Newell’s are definitely seen as the “rich man’s” club. Although both clubs look forward to playing the big Buenos Aires clubs, the Derbi Rosariño is a classic old-fashioned local rivalry, making it the last of our Top 5 South American football derbies!